We have compiled for you the most important figures, data and facts about diversity management in this comprehensive presentation. The Charta der Vielfalt’s approach is explained and a definition of diversity management and insights into its history are provided. Building on this, the factbook elucidates how, with the help of this strategy, approaches can be found to deal with the trends of our time. 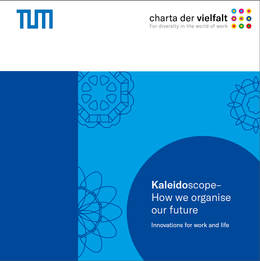 Study: Kaleidoscope - How we organise our future

Together with the TU Munich, the Charta der Vielfalt e. V. publishes the study "Kaleidoscope" on the compatibility of work and private life. The study combines a variety of individual parts of work and private life and makes them more compatible. Over 450 ideas from online research and numerous interviews point the way into the future organization of our working world. Thus, the association meets fears due to the rapid changes in economy, technology and society. 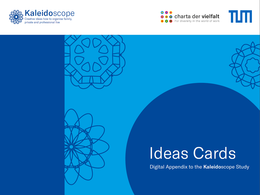 On the basis of best-practice research and interviews with employees, 88 idea cards will be accompanied by innovative solutions from practice and ideas. Many ideas revolve around changing organizational forms of life in companies or institutions, the place of residence or hubs for work and meetings. 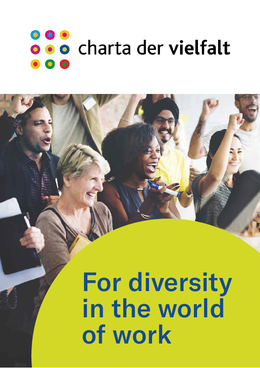 The objectives, background and benefits of the Charta der Vielfalt company initiative as well as information on the association are presented in detail in the brochure. 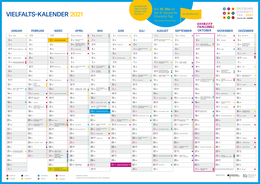 We were able to collect numerous important dates relating to diversity for the Diversity Calendar 2021. The calender was  created with the kind support of the Network Integration through Qualification (IQ) funding program. In addition to important religious celebrations, you will also find the most important festivals, which can be based on traditional customs, as well as numerous awareness dates, such as World Women's Day or Labor Day. To download the pdf version of the calendar (available in German language only), please click on the image on the left. In the following links the electronic version of the calendar in German or English is provided to upload in e-calendars. 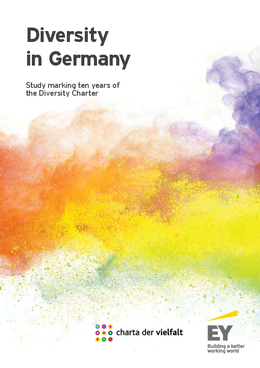 On the occasion of the 10-year anniversary of the Charta der Vielfalt, 349 organisations that have signed the Charta der Vielfalt were surveyed in the time period between July and September about their diversity management. At the same time, HR managers in 250 randomly selected companies that have not signed the voluntary commitment were surveyed. What was found was that two out of three companies in Germany are not prepared for the foreseeable changes brought about by a diverse business culture. At the same time, a great majority, namely 65 percent, are aware of the fact that including different life models, cultural perspectives and experiences brings advantages to one’s company.